In WALLFLOWERING the choreographer Iris Heitzinger and the actress Françoise Boillat embark on a quest for female identity and the construction of social gender roles. The inspiration for this piece lies in the work of the three photographers and media artists Francesca Woodman, Cindy Sherman und Chantal Michel, who in their own work have questioned the role of women in society.

This Austrian – Swiss coproduction is the first co-creation by Iris Heitzinger and Françoise Boillat, who have been collaborating in various works since 2010. WALLFLOWERING is an exploration of self-perception in everyday life, the expression of our own femininity and the difficulty to life up to or escape social norms and the expectations, which derive from them. In a society where image, appearance and impact on our surroundings have gained disproportionate importance we are often obliged to present and represent ourselves. The term wallflower refers almost exclusively to a women (hardly ever to a men) who doesn’t express her sexual and otherwise positive traits accurately, or who presumably might not have them, and therefore seems inconspicuous to the other sex.

In WALLFLOWERING the two performers Heitzinger und Boillat explore the nuances between the two extremes of the hardly-perceived wallflower and the all-attention-attracting diva and investigate in a playful manner the sometimes glamorous and pleasurable and sometimes almost grotesque masquerade, which womanliness entails. They transform from one female stereotype to the next with the intention to metaphorically undress womanliness itself layer by layer and question its symbolic representations.

"WALLFOWERING is a journey worth undertaking towards the frontiers of social constructions. Wonderfully done is the converging of performance, costume, stage design and sound. The whole leading team apparently meets at eye level." (Verena Schweiger, tanz.at) 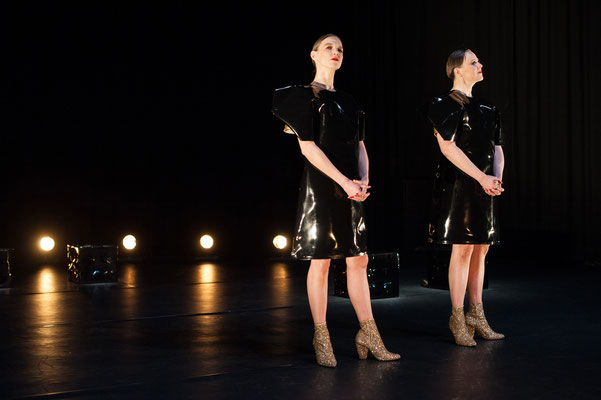 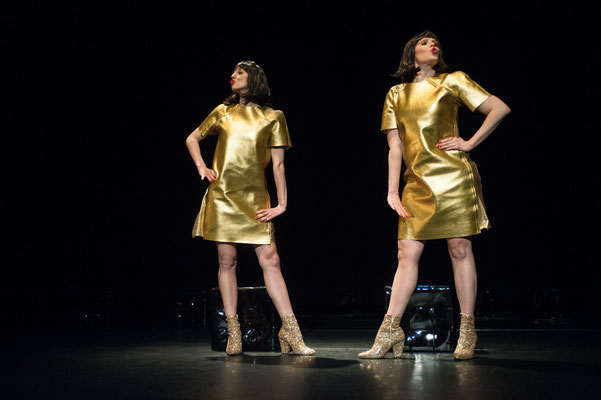 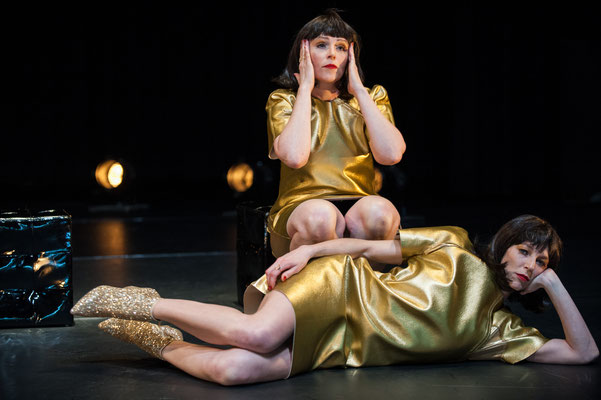 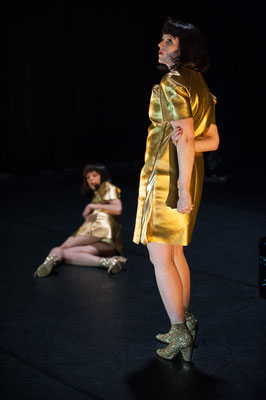 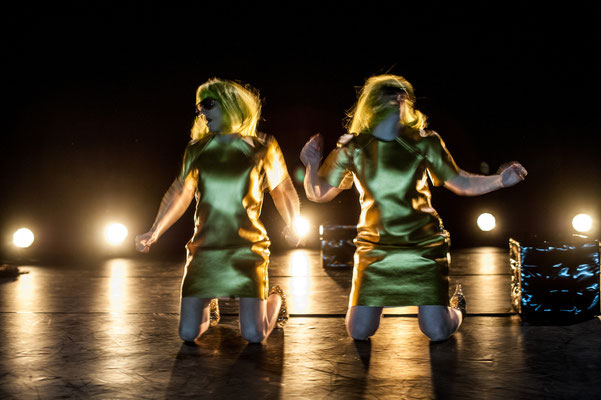 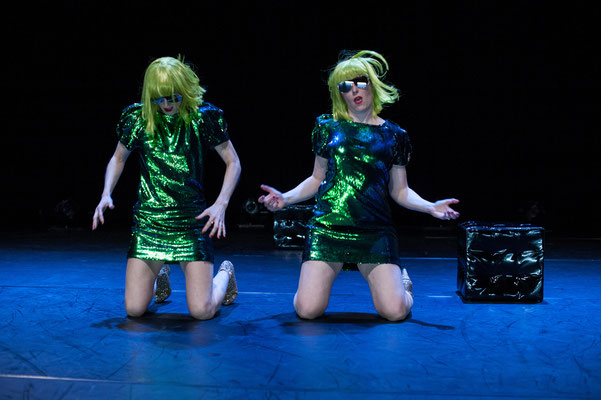 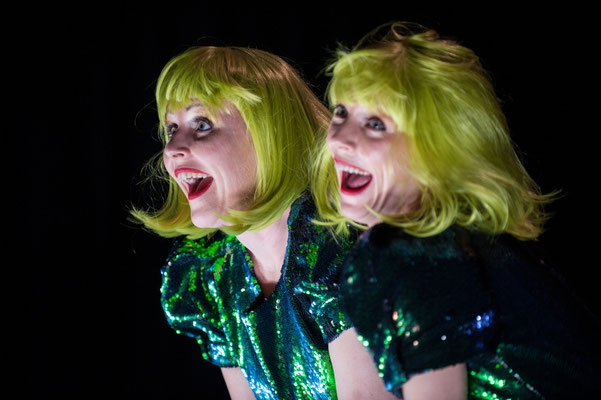 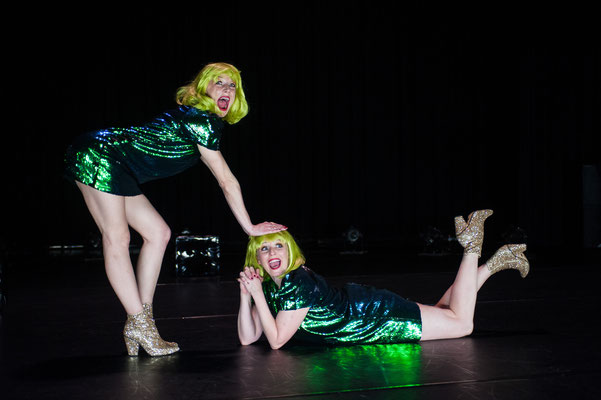 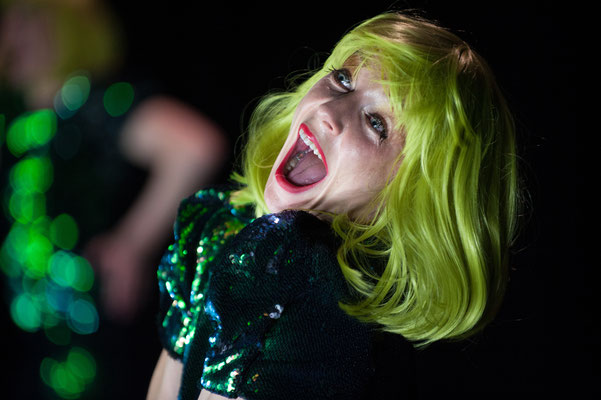